Curated by Teresa Silva In modern and contemporary art, combining discarded materials is not a new approach. In the early twentieth century, Marcel Duchamp made a hybrid sculpture by fastening a bicycle wheel atop a wooden stool, and he made more versions of said sculpture into the mid-twentieth century. In the early nineteen-fifties and beyond, Robert Rauschenberg made what he dubbed combines whereby pairing unconventional materials with de-skilled artistry. While Duchamp and Rauschenberg’s sculptures were decidedly non-narrative, they did provide commentary on the world around them. Duchamp’s amalgamation of everyday sculptures was a comment on crass capitalism and the speedy rise of mass production. Rauschenberg’s combines pointed to man-made environmental catastrophes and the global problem of climate change that we had on our hands. The artists’ assemblages were meant to arrest one’s attention and generate critical awareness of our complicity. One cannot help but think about these issues now and that, decades on, it’s all the more dreary -- but also rife with radical imagination. It was in Berlin, Germany, in the year two-thousand, that I first saw assemblage art in a new way. I was inside the now-defunct Tacheles building, a place occupied by artists as live-work spaces and open to the wandering public for nearly twenty-four hours a day. It was a derelict Altbau, in former East Berlin where resources were scarce and the euphoria of reunification was long left behind. Capitalism wasn’t working so well for East Berlin. The job outlook was dismal and rampant gentrification was starting to take hold. What was left of nineteenth-century or soviet-style housing was being demolished or left in shambles. Inside an open studio, I spotted a sprawling sculpture on the floor, resembling at once a cityscape and reclining body. The artist was present and we talked about his use of materials and what his process was like. He said that he collected objects found in the building’s stairwells and outdoor grounds. The floor sculpture felt like alchemy, recasting detritus as limitless creative fodder. Witnessing in-person his artistic process in flux and the jarring combinations of dead pc monitors, crumbling architectural fixtures, and leftover food packaging, re-ordered my thinking about assemblage. And then marks a new moment in Julia Klein’s ongoing engagement with discarded materials, and her ever evolving process and intentions of re-working and re-presenting objects in different contexts and space. And then, as language, may connote to concatenate things, so they add up (think of the statement: one plus one equals two). But, Klein’s artistic process is not linear. The origins and initial purposes of found materials -- how they were used, thought about, felt, and deployed in relation to other objects – motivate Klein’s impulse to scramble them with both spontaneity and formal intellect for the present and future. Using a deft artistic hand, she shifts materials and their meaning over, and over, and over again. Works on view in this exhibition gather remnants of accrued and saved materials, over many years, demonstrating a more recent experimentation with weight and suspension and considering the body in space. Moves like hanging, chopping, grounding, standing, daubing color, and leaning are made by the artist to mess with our perception of the body, both its interiority and exteriority. Klein employs rope, clay, wire, panty hose, paper, plaster, resin, hooks and weights to generate an unstable formal and emotive context for this body of work. More than material, Klein’s emphasis on chance champions the value of process, insofar as keeping the work alive, spirited, and always fragmented.

*With admiration and gratitude to Julia Klein and Jean Alexander Frater. 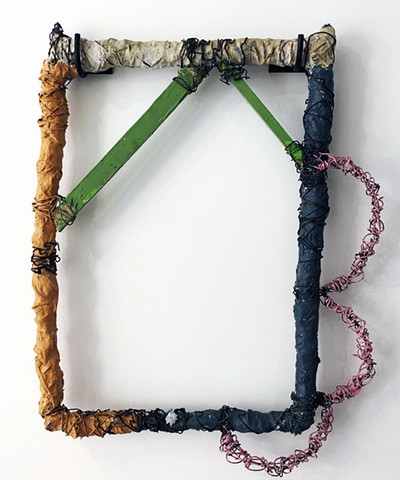 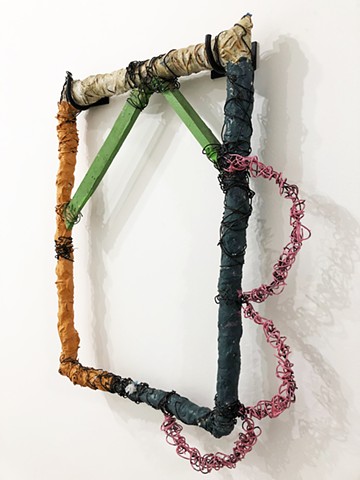 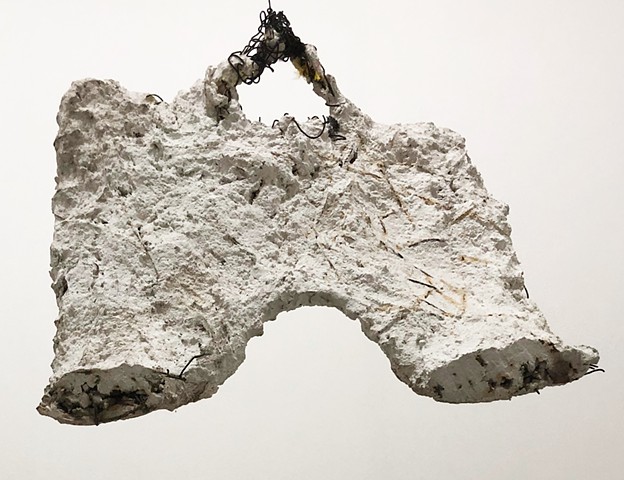 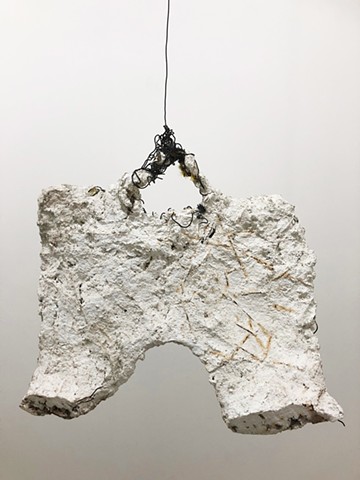 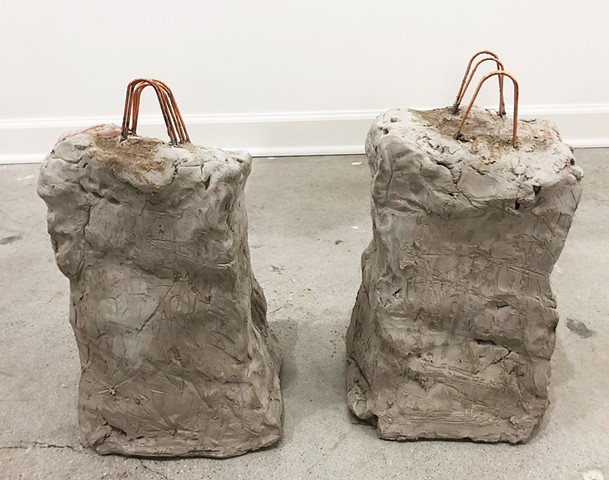 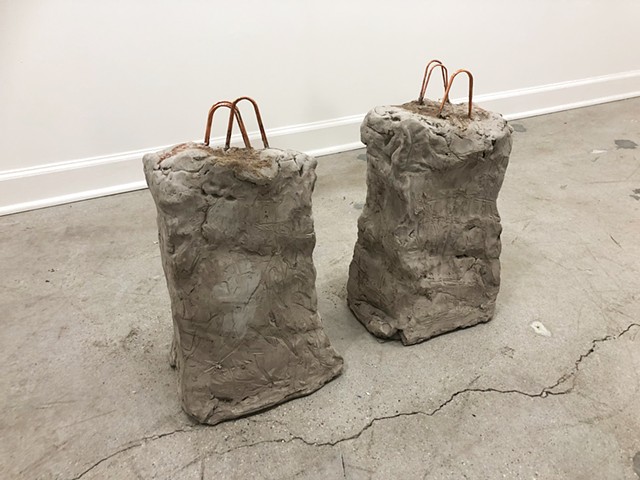 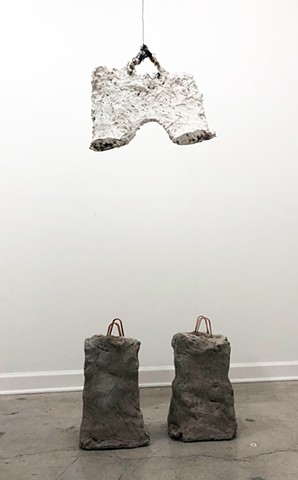 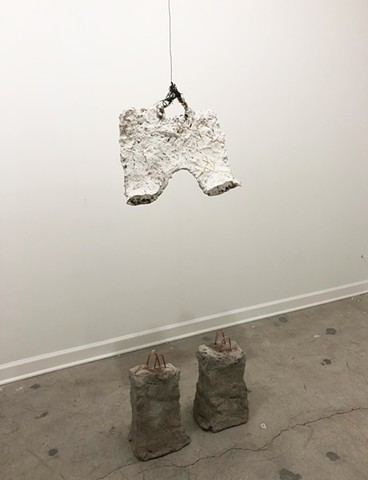 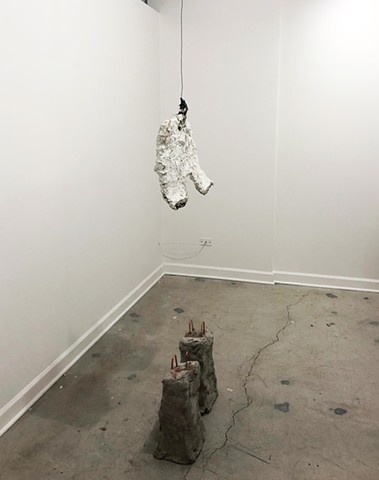 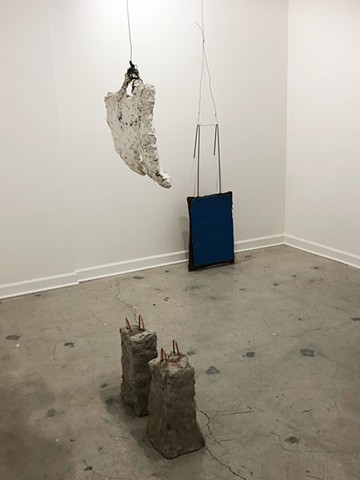 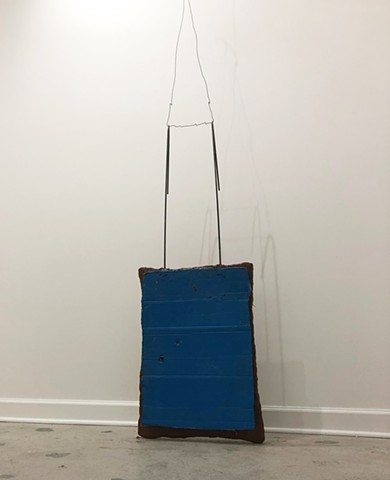 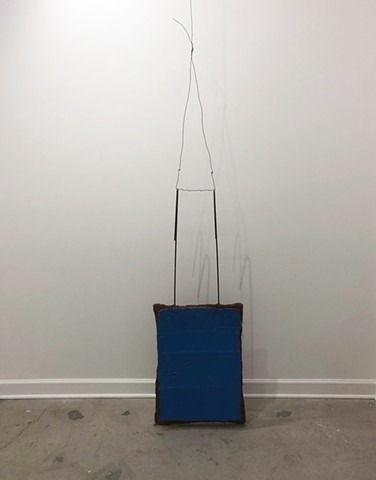 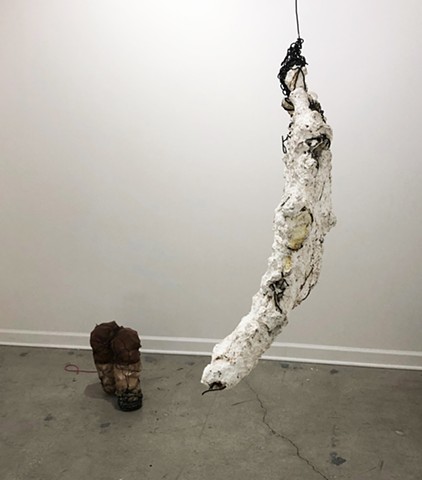 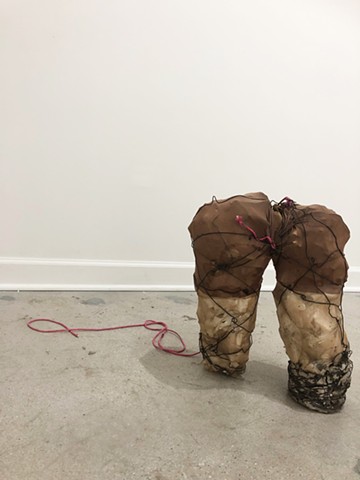 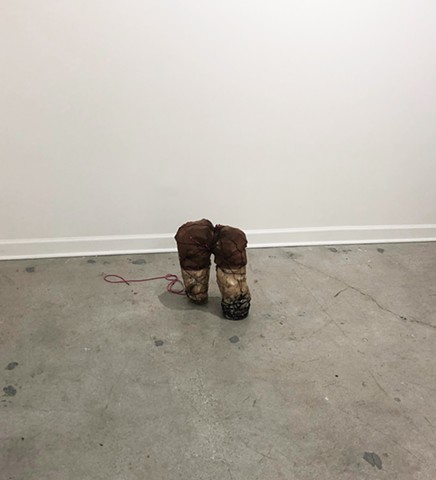 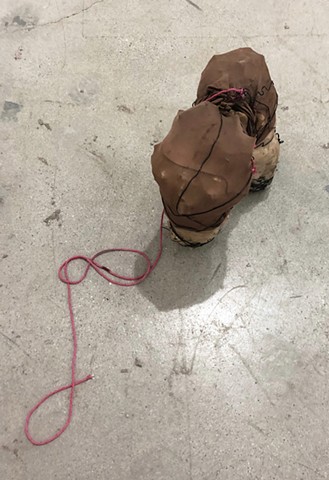