Ionit Behar is an art historian and curator. She is a Ph.D. candidate in Art History at the University of Illinois at Chicago. She holds a Master's degree in Art History, Theory and Criticism from the School of the Art Institute of Chicago, a Bachelor of Art Theory from Tel Aviv University, and a degree in Art Administration from the Bank Boston Foundation in Montevideo. She currently teaches art history at the School of the Art Institute of Chicago and serves as the Director of Curatorial Affairs for Fieldwork Collaborative Projects. 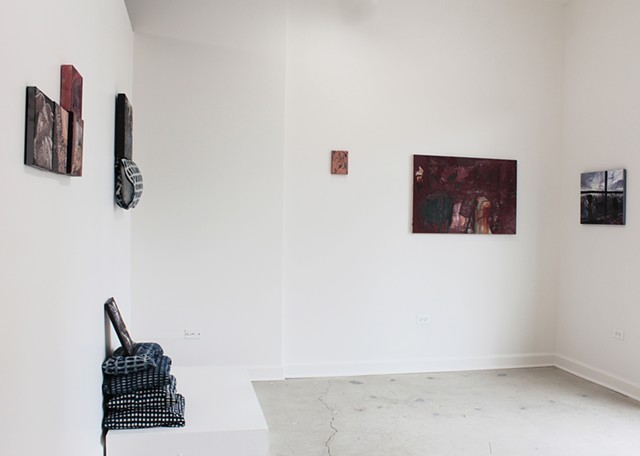 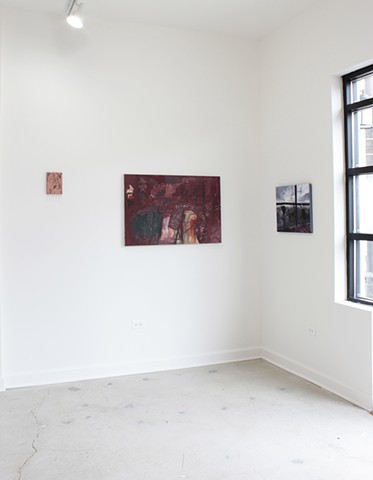 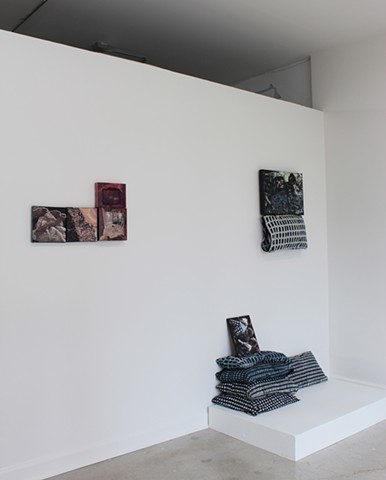 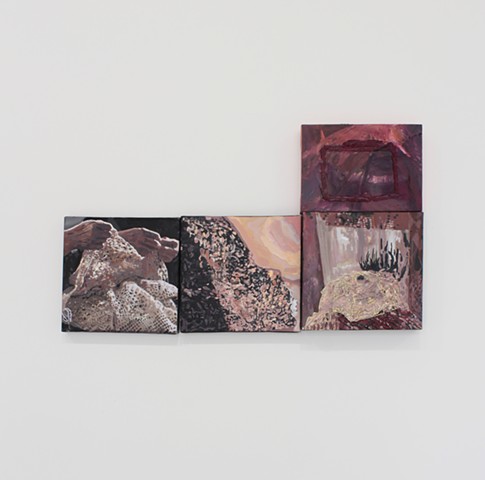 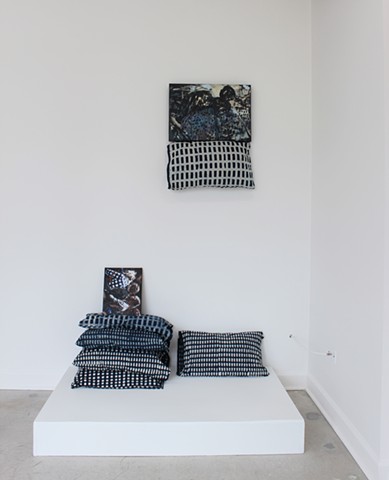 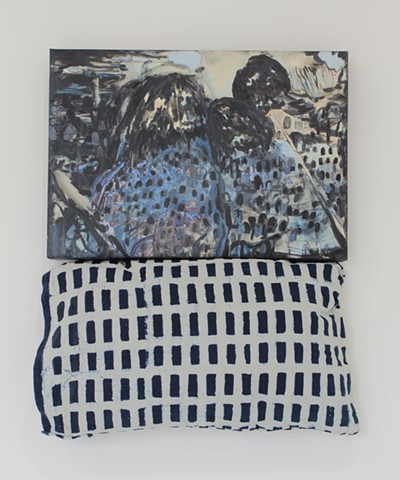 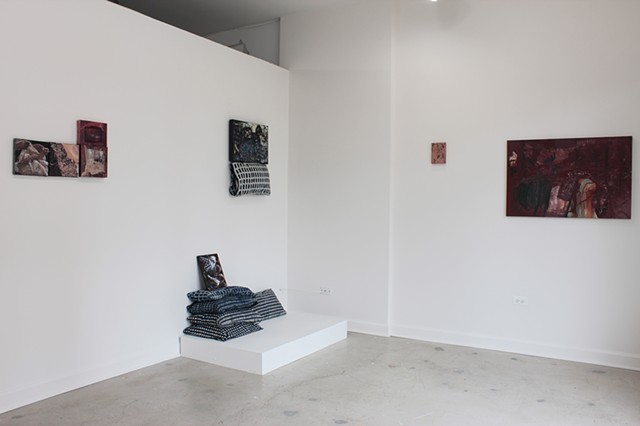 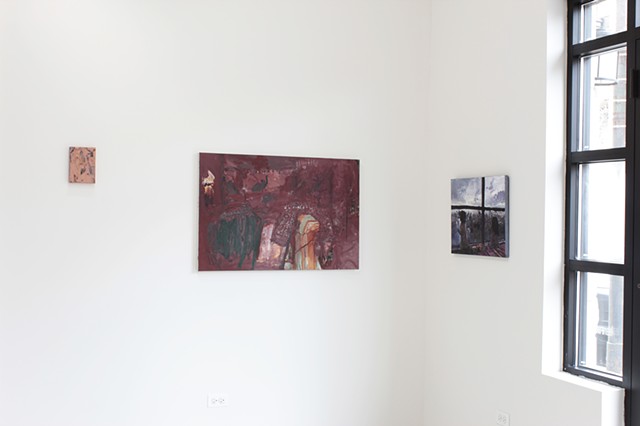 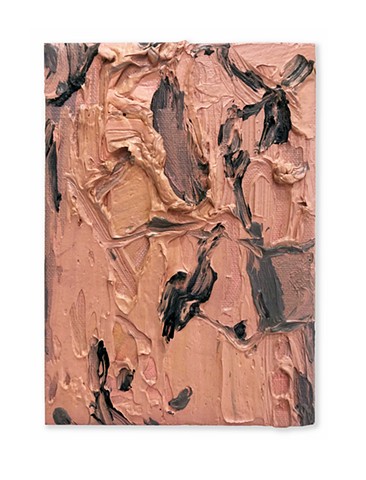 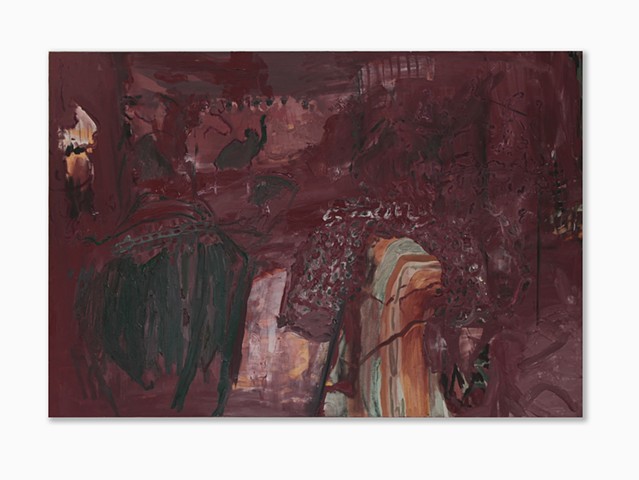 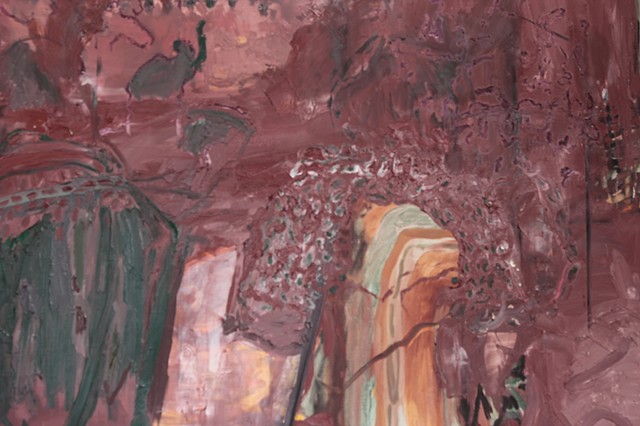 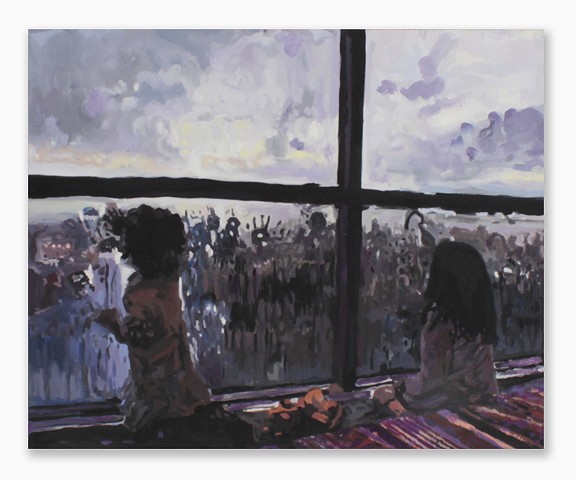 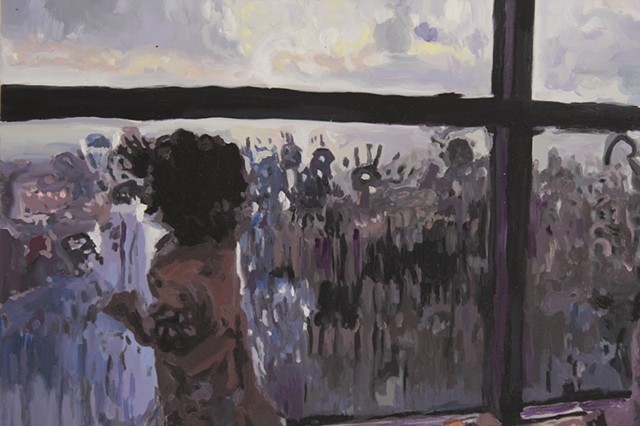 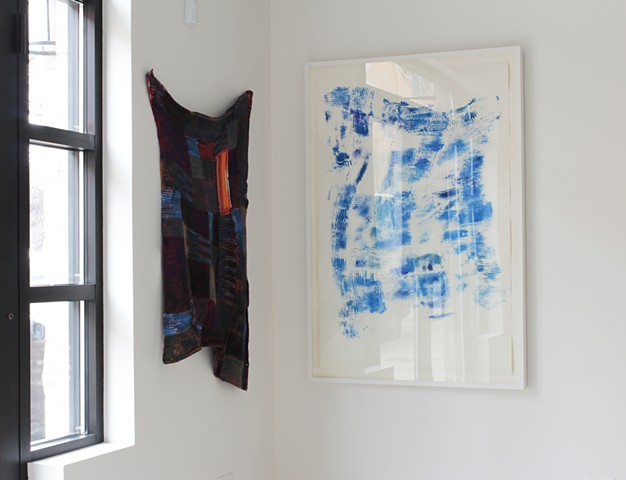 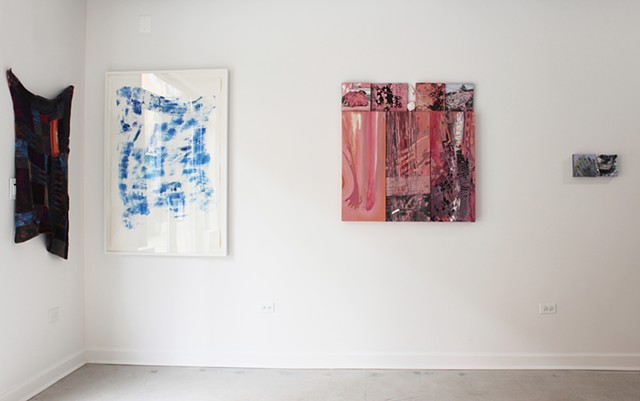 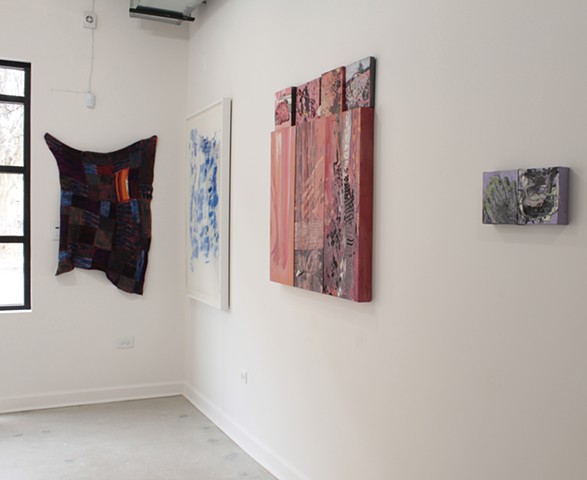 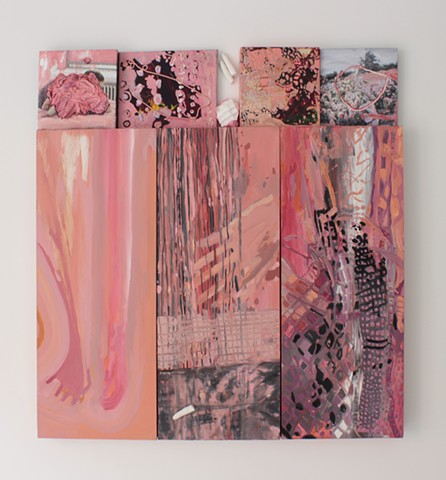 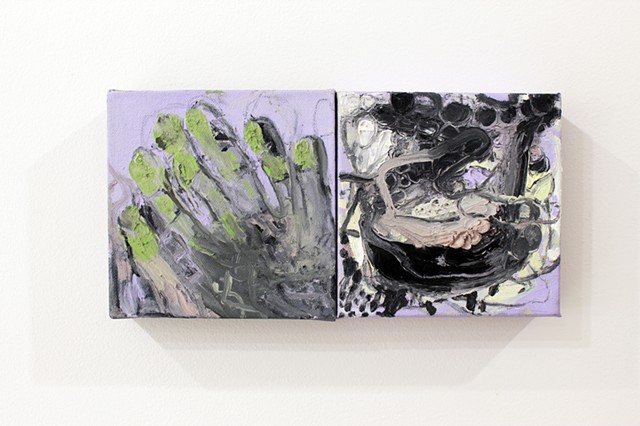 The following is an excerpt of a conversation between Karen Dana and Ionit Behar from November 22, 2019.

Ionit Behar: Your works in the exhibition represent interior, private, domestic places which seem to invite us to “go in” and explore uncertainty and vulnerability at the same time. Why do you choose these private settings?

Karen Dana: Being a mother of young kids, the interior space is the one I navigated. I didn’t have a studio away from my house when I moved from New York to Chicago. When we moved to Chicago I needed to feel like everyone in my family was alright and settled. My work from home was very interrupted––I worked when I could, where I could, and with what I had. I had to learn how to make artwork in a domestic space. Later on, when I got a studio away from home, I reflected back on that space a lot, a space that is so important, intimate, and that we all have. It’s the most important space but when we’re in it we don’t really see it that way. I also wanted to portray how I felt alone at that time, as a new mother in a new city. I felt isolated from the art world and society in general, so I felt I had to create work around these ideas.

IB: Works like Support System deal with the idea of “support” literally and figuratively. To support as to keep something from falling (apart) or to maintain. We are both mothers and both immigrants in the United States living without our families. So, we both really understand and empathize with each other, and with this idea of support and support systems that are so crucial in general for all of us to keep our humanity but especially for mothers. There are demands that are placed on mothers like there are to no one else. In many of your works you include kids and adults together. How has your work changed or not since you became a mother of three? KD: My role as an artist and as a mother often don’t have a separation. When I’m at work, I keep thinking about my kids all the time. When I’m with my kids my thoughts wonder around my research. The series of works in Off Hours are from when I started questioning the history of labor through hands of different women and how we used to care for others¬––how we support our children, our families, our communities, and friends. I felt a lack of care when I moved to the United States, as an immigrant. I was also the first one of my friends to have children so I started to work on how my experiences as an immigrant are similar or different to my immigrant parents when they moved from Syria to Mexico. They were alone raising their kids without a structure.

KD: For Support System I was thinking about women sewing and using thread on different fabrics to create different things. I chose a pattern for the fabric that references a grid and the grid usually goes back to painting. I played with the grid formally in the painting and also mimicked it in the fabric that I sewed for the pillows. This work allowed me to go back and forth between the two-dimensional work that is the painting and the three dimensional of the pillow, which is more like a sculpture. Some pillows I made by hand and others I made with a machine. Actually, my older kid Martin taught me how to use the sewing machine! It’s a work that connects different generations and different skills.

IB: Can you talk about your choice of using multiple canvases and elements to create one single work?

KD: I think that my use of different images are different attempts to grasp something that is not possible to capture as a whole. The grouping of works allows me to connect different ideas, to connect one work with the next and create a narrative around them. I’m interested in creating a non-linear narrative. Sometimes I combine abstract images with figurative ones. Some don’t reference an image in particular and some do. When I group those, I’m trying to break the singular story. You cannot quickly judge what you’re looking at if it is only a glimpse. It requires you to stop, question, connect the dots, and make some sense out of the narrative.

IB: Would you say that as a painter you also think about support in a different way? Painting is generally supported by a wall but in this exhibition, you’re exploring with painting supported by other “systems.”

KD: We are used to having this idea in our minds on how to look at painting, and I want to challenge that. I try to make different gestures when I think about how I can install a piece in order to change a bit the way we understand painting. It also has a connection conceptually on what is portrayed in the work. So, if I’m thinking of support then it will be a canvas that is supported by something different, that is not necessarily the wall, it might be away from the wall. I’m thinking a lot about the questions: “what is it that you’re looking at?” and “how can a change or different gesture move someone to then create a different relationship with the work, a relationship that is more engaging?” Sometimes I play with furniture or the amount of stuff that you are allowed to see. Sometimes I install pieces lower or higher than usual.

IB: In many of your works, you focus on the nature of touch––the touch of skin, the touch of color. Where is this interest coming from?

KD: This whole project is focused on the body. Being a mother of young kids and babies, you use your body constantly. You move, carry, touch them all the time. The touch and pressure you put into your hands and fingers is a lot about love and care. In painting, there is a medium in between but it’s very similar. You are using a brush to touch the surface and then you leave a mark there that stays forever. The relationship between these two is central in my work.